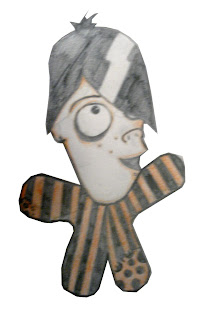 Right! So i decided that my ident is going to be a mixture of live action and animation. How do i go about this?
I firstly needed to come up with a story and setting. I began getting some inspiration from music and television. We were told that the ident should include an upbeat soundtrack that could appeal to a student audience. I began listening to rock, house, trance, garage, indie, hip hop and all other popular styles of music. I watched tv to help me generate more ideas and one advert stuck out from the rest. The Vauxhall Corsa adverts basically tells the stories of small characters in the real world. I wanted my idea to be similar to this, including little characters that reflect student lifestyle in their image and personalities.
I am a student so research into lifestyle wasn't that challenging. I began taking on board my everyday experiences and trying to merge them into my ideas for the ident project. I was incredibly fortunate to of have an amazing weekend that ultimately sparked the idea for the ident. In student life there are a variety of different people who all come from different backgrounds and social groups. For example Emo's, Grungers, Townies, Chavs, Hippies, and the sporty types to name a few. Im aware that not everyone fits into these categories and it is very judgmental to start categorizing someones personality. However everyone is able to identify with the groups and recognize the differences in music preference and fashion. I decided that my characters should represent different social groups and interact with live human versions of them. As i began developing the idea further i realized that the appearance of the human character wouldn't matter because their personality could be represented through the small animated character. I then began coming up with idea of how i could hide the personalities of the human characters. In preparation for a rave i had bought myself a boiler suit and mask a perfect way of hiding your identity i then decided that my live action characters would all wear boiler suits and masks. There is also a hidden meaning behind the boiler suit and the small characters that students could identify with.
So now I had my characters designed all i needed was a background. I began looking around Falmouth for locations to film and only found a few really good spots. I later decided that the background could just be animated or created as a still graphic in Photoshop. I began sketching ideas and playing around with images in photoshop till i thought i had developed enough ideas to come of with a finished background design. Now that all the ideas are finished i need to animate it. I think that i will animate the characters in Flash as 2D characters and edit the film in Premier
Posted by adam lawrence at 08:55 1 comment: 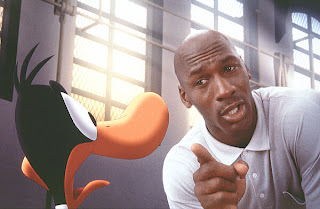 I was extremely pleased when receiving the ident project. It would give me a chance to use my creativity and own methods of animation. I began researching into similar idents for E4 and Nickelodeon. These channels have a similar target audience as the student television network so many of the idents were a good reflection of how i wanted my ident to look.
After taking a keen interest in 3D animation my initial idea was to produce a 3D animation for the ident. I wasn't sure how i wanted to do this but many of my thoughts revolved around a 3D finished product.
I began looking at the design of the OSTN logo and started coming up with ideas that represented the colours in the logo. I think it is important that the ident is closely linked to the design of the logo because the channel is new and any ident, advertising and design should clearly represent the channel. E4 idents work in a similar way. The majority of the 'e-stings' all include the colour purple, the colour of the E4 logo.
I began exploring the options i had by creating mood boards that included the colours blue, green, yellow and orange. By mind mapping and bullet pointing things associated with these colours and student life i was able to generate a lot of ideas. One of my first ideas was to have the four colours interfering with everyday student life. For example a student type character could be walking along the street when a drop of colour lands on his shoulder, or a bar maid could be pouring a pint that is green. After i came up with these ideas a began looking into the idea of mixing animation with live action. I could have the students and background as live action and the colours animated in after effects then layered over the live action. I was inspired by the Roger Rabbit film, The Last Action Hero, Space Jam and an episode of The Simpsons where the mixture of live action and animation is really effective.
I would then need to take into account filming, actors, lighting, sound and location. I began coming up with more ideas using live action and animation. My strongest idea was to have live action students interacting with animated characters. I quickly began developing this idea.
Posted by adam lawrence at 08:20 No comments:

After doing the chair in maya i found the flash lip sync project quite tedious and boring. It was interesting to learn a little bit more about the software and learn the mouth movements for certain sounds and letters.
it was the first time i had ever used sound with an animation. Adobe audition is a brilliant program that enabled me to edit my sound so that i had the best quality voice for my character and a crackling police siren in the background as well as a quiet garage tune being played through the car radio.
When it came to lip syncing i had forgotten to change the imported sound into a 'stream' from an 'event' therefore i found it quite hard to make the lip sync look good in the actual movie clip of the animation. After realizing this i changed the sound import to a stream and began going back over the lip sync making corrections which became very frustrating.
I did enjoy using the tablets to draw with on Flash. i created my background on Photoshop by getting photographs of main places in the area i grew up and layering them on top of one another. by doing this it added to my characters personalty.
I think that if i enjoyed doing the project more then I might be swayed towards the 2D side of animation however at the moment i am excited about developing ideas for the up and coming projects and hope that i can use a range of 3D animation techniques.
Posted by adam lawrence at 10:45 1 comment:

Computer animation is one of my favorite fields in animation. It offers more realistic images and speeds up production. I was surprised to find that the earliest computer animations were created in the 60s I thought that it was a more modern discovery but then i am only really familiar with 3D design computer animation that is seen in feature films by Pixar and Dreamworks.
I had never seen any of the early 60s abstract forms of animation. They explore the movement of colour, shapes and text and express the beatnik movement and psychedelic culture of the 60s. More importantly these animation were a break through in computer development and animation. Scientists and mathematicians would be the first to practice computer animation because they new how the computing programing worked.
In the 70s people began experimenting with story-lines and characters. Hunger la Fain (1971) is an early computer animated film by John Whitney. It includes characters that morph into different shapes and facial and body movements. The standard of animation doesn't come close to the 3d characters we see today but the short film has an artistic presents and unique style. The timing of movements in the film isn't correct in most places but because of its style it doesn't really matter. In modern day pieces of animation the movement of the characters and props is perfect.
In the 80s computer animation developed into 3d. Technology companies used this animation to advertise their modern products. The 1981 animation 'Glider' was use for a panasonic advert. this animation reminded me of the Dire straits music video for Money for nothing. The shapes and figures are very 'square' and the movement is slow. Macintosh advertised their latest computer using Adam Power's 'Pencil Test' (1988) animation short produced on the Mac computer. The pencil icon is characterized so emotion is reflected in its movements.
Pixar are now one of the most recognized 3d animation studio after the success of feature length films such as Toy Story and Monster Inc. The Toy Story DVD includes some of Pixars earlier works. The 1987 film (Reds Dream) features a unicycle dreaming of being in the circus. The unicycle has its own personality and character that is reflected through its movements. One of my favourite Pixar animations is the 1989 film Knick Knack the snowman. It features multiple characters and has a hilarious story-line. It was actually rereleased with Finding Nemo but had been altered so that the animation matched the quality of Finding Nemo.
I definitely want to explore the world of 3D animation more and hopefully concentrate on producing pieces of 3D work. Although the work takes patients an time i believe that the satisfaction of a complete piece is greater than in any other style of animation.

click the link to watch Knick Knack
Posted by adam lawrence at 13:00 No comments: